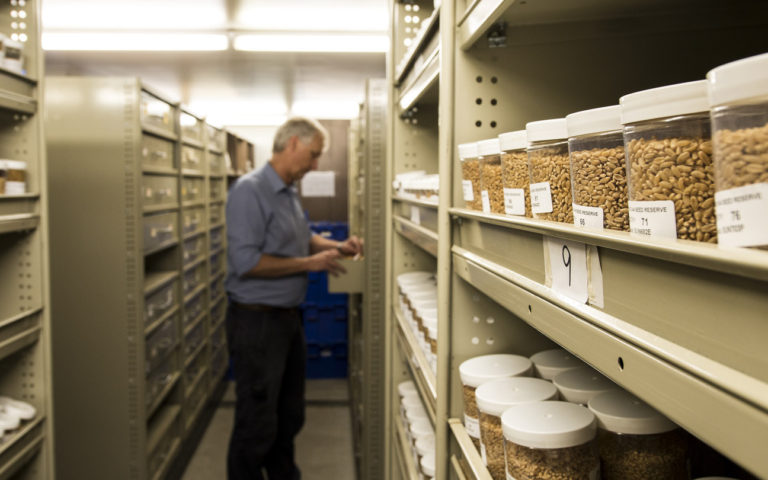 AGT started out its life in 2002, focussed on breeding wheat for South Australia. We have been growing ever since, and over time our goals have expanded to include multiple crops nation wide.

Our company, Australian Grain Technologies Pty Ltd (AGT) was first established in June 2002 by three shareholders: the Grains Research and Development Corporation (GRDC), the South Australian Government (PIRSA/SARDI) and the University of Adelaide (UA). The aim of our inaugural shareholders initially was to ensure the long term future of wheat breeding in southern Australia.

Wheat breeding in South Australia was formerly undertaken at both the Roseworthy and Waite Campuses of the University of Adelaide. The Roseworthy Campus program is in fact the longest continually run wheat breeding program in Australia, running now for more than 130 years. Our first move was to consolidate these into one very large scale program and thereby create greater critical mass and economies of scale.

In 2002 we licensed the former Victorian Department of Primary Industries wheat breeding program, recruited staff, invested in infrastructure and established a major operating base at Horsham in Victoria. In 2013 we relocated this program to Wagga Wagga in NSW to better balance national logistics, access a larger potential employment pool, and to better serve the needs of growers requiring early sown winter and long season spring varieties.

Also in 2008 Limagrain, the fourth largest seed company in the world and the most extensive wheat breeder in the world, purchased a minority share in AGT. Limagrain brings to us access to an extensive global germplasm and technology network within a company with a similarly strong grower benefit driven culture.

By entering into several licensing agreements, negotiating a merger and a productive partnership, and through a comprehensive national investment strategy, we have been able to establish a strong and incomparable national presence.

Currently, we have four major plant breeding stations, Northam (WA), Roseworthy (SA), Wagga Wagga (southern NSW) and Narrabri (northern NSW). Breeders and support staff based at each of these centres aim to address the needs of local growers through new and improved varieties. We also have a team of highly skilled regionally based marketing and seed production managers who are continuously seeking feedback from growers on how we can better meet their needs, while an in-house quality assessment laboratory ensures that growers using our varieties can meet the needs of domestic and international markets.