Australian Grain Technologies has appointed a new lupin breeder to its Western Australia-based program in Northam on the eve of their first lupin variety release.

Dr Matthew Aubert, who recently completed a PhD at the University of Adelaide, will focus on producing improved varieties of lupin for Australian farmers.

The appointment comes as AGT prepares to name and release the first lupin variety (code WALAN2546) since taking over the largest established lupin-breeding program in the world from the WA Department of Primary Industries and Regional Development in 2016.

Dr Aubert said he was looking forward to working with the unique crop as a member of the close-knit team in WA.

“I’ve always wanted a career in the grain industry and completed my thesis on barley aleurone development last year,” he said.

“I moved to WA to take on the position of lupin breeder and feel excited to have the opportunity to focus on a crop that is so important to the state’s farmers.

“Lupins are well suited to sandy soils found in the Western Australian wheatbelt and play an important role in providing nitrogen to cropping systems. WA is the world’s largest producer and exporter of lupins, making up more than 80 per cent of lupin exports.”

With the new variety to be released in spring and available to growers in 2020, the breeding program – which involves up to 30,000 plots each year – is focusing on capitalising on lupin’s high protein content while delivering strong yields.

“It also has the potential to be used as a higher value export in aquaculture and potentially human consumption into the future.” 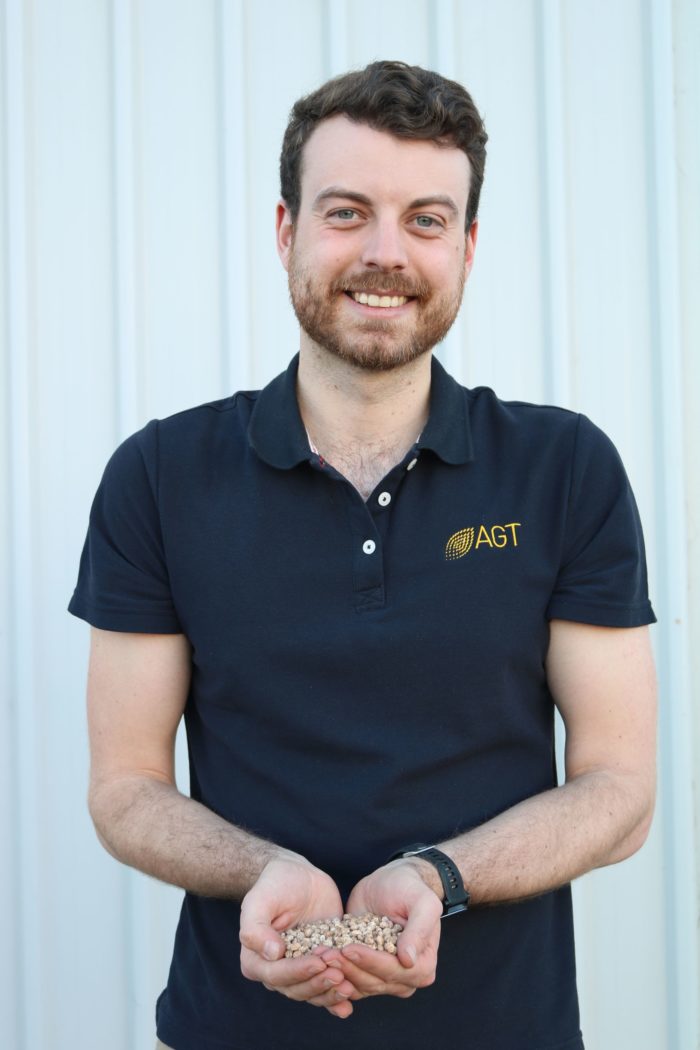 AGT Chief Executive Officer Dr Haydn Kuchel said AGT is committed to local farmers and proud to have a breeding team that is based in the WA grainbelt.

“WA is a really important part of the Australian farming community and we feel that being involved in lupin breeding means AGT can deliver as much value as possible for Western Australian growers,” Dr Kuchel said.

“Breeding a crop which fixes nitrogen in the soil such as lupin assists growers in the production of other crops such as wheat.”

Dr Kuchel said AGT looked forward to continuing the role the State Government played in improving the lupin traits that will profit farmers through Dr Aubert.

“AGT’s uptake of the program was made possible by the substantial investment we have made into our breeding centre at Northam,” he said

“We’re excited to have Matt on board. He is passionate, enthusiastic and looking to make his mark on the industry.”