​Cereal growers are set to reap major benefits from a decision by the country’s largest wheat breeder, Australian Grain Technologies (AGT), to move into barley breeding.

Established in 2002, AGT’s wheat varieties, including Mace and Suntop, represent more than 40 per cent of Australia’s wheat crop and it now has a national breeding footprint, with operating centres in major growing areas across the country.

“Barley is the second major broadacre crop and it is a logical progression because of the synergies and commonality between wheat and barley breeding,’’ Dr Jefferies said.

“They use the same breeding skills and infrastructure. The large scale mechanics of wheat and barley breeding programs are essentially identical. The main difference is with the quality characteristics required for malting versus those required for bread and noodles.’’ 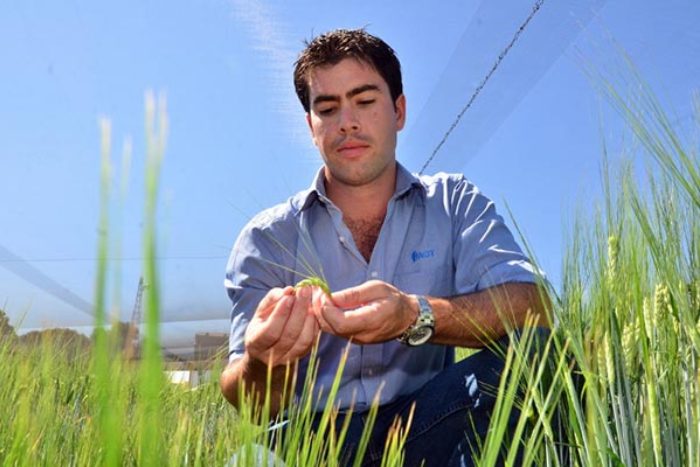 Paul Telfer has been appointed by AGT to head up its new barley breeding program, which will be supported by germplasm from the companys international shareholder and partner, the grower-owned French cooperative, Limagrain.

The AGT barley breeding program will be supported by germplasm from its international shareholder and partner, the grower-owned French cooperative, Limagrain. GRDC, the SA Government and the University of Adelaide are other shareholders of AGT.

“We have exclusive access for Australia to Limagrain’s wheat and barley germplasm and this will be combined with the germplasm and breeding tools available to all Australian breeders from the various GRDC, University and State government pre-breeding investments,’’ Dr Jefferies said.

“Limagrain’s germplasm includes exceptionally good quality, disease resistance and straw strength – varieties are grown under yields of 8-12 tonne per hectare. We hope to combine this with local adaptive traits to help take Australian barley to a new level.’’

AGT has appointed Paul Telfer to head up its barley breeding program. Mr Telfer has been the project lead for the company’s heat stress research at Roseworthy for the past two-and-a-half years. The project is forming the basis of his PhD, ‘Developing Selection Techniques to Improve Heat Stress Tolerance of Wheat in Southern Australia’. Previously, he was with SARDI’s national oat breeding program at the University of Adelaide’s Waite Campus.

“Head loss and lodging are serious problems in the Australian barley industry. This is a key area that we are looking to improve in Australian varieties, as well as grain yield, grain quality and brewing characteristics,” Mr Telfer said.

“All early crossing will be done at Roseworthy and then the mid to late generation material will start to spread through AGT’s national breeding network to all barley producing areas of Australia, to look at adaptation in the different regions.’’

Several varieties will be assessed at the testing locations across Australia this year and Mr Telfer hopes to have a couple of lines in National Variety Trials (NVT) testing in 2016.