It is a move that recognises the volume and diversity of quality grain being produced in Australia and is set to provide growers with greater returns.

AIW represents a class for varieties of wheat which exhibit unique end-use properties which are not available in the main classes.

A high amylose (dietary fibre) variety named HAW1, developed by AGT in partnership with ARISTA Cereal Technologies with grain produced under a closed-loop arrangement, is the first wheat to be classified as AIW.

“The classification of our first high fibre variety into AIW paves the way for the expansion of this unique value-added wheat in Australia and internationally, bringing benefit to Australian growers and the entire grains supply chain.”

Whereas AIW allows for innovative developments in unique variety characteristics, AWW is a new milling class that represents excellent value as a general purpose or blending wheat for a range of uses such as instant noodles. This should allow the higher-grade wheats (ASW, APW, AH, APH) to be preserved for higher value export markets as well as domestic milling markets. AGT is the first wheat breeder to have achieved classification in AWW wheat with their quick-maturing winter wheat, Longsword.

“Classification of the variety Longsword as AWW is an opportunity for growers to benefit from its yield potential and unique maturity, while attracting a price premium above its previous Feed classification. AWW may enable us to speed up yield improvements through breeding by reducing the grain quality constraints to a basic set of characteristics of value to the industry. The less selection that we need to do for quality, the more we can do for yield, and growers know that yield is the most important driver of profit” he said.

Mr Eastwood was also proud of the role AGT has played in having the APH zone restrictions - traditionally confined to NSW and QLD – removed, with established variety Suntop being the first variety to be granted an APH quality classification in Victoria & SA.

“AGT has been pushing to have an APH class in the Southern zone so that growers in high protein achieving environments can benefit financially from growing wheat with higher grain protein content” Mr Eastwood said.

“We finally have a variety that can be delivered into the APH grade in Victoria & SA, with Suntop the first of hopefully many future AGT varieties for southern growers that fit the grade and command a price premium”. 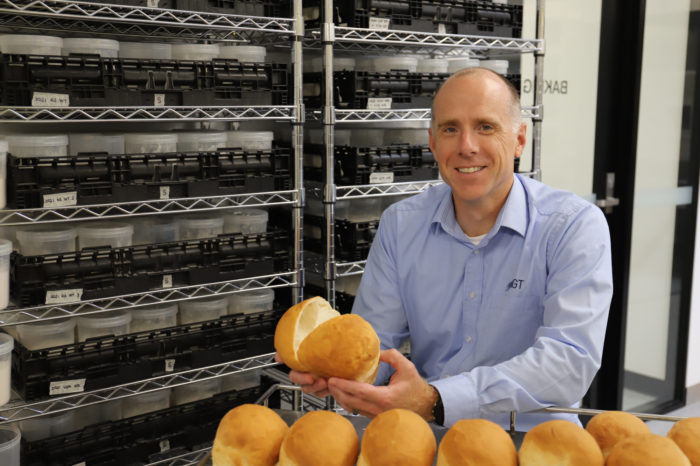