Catapult, AGT's newest wheat variety has now received an Australian Hard (AH) quality classification in Western Australia, ensuring growers will be able to maximise their returns for the variety.

Northam based AGT Wheat Breeder Dr Dion Bennett says the AH quality classification granted to Catapult, which was launched in WA in August, is good news for growers.

“AH is the highest delivery grade for wheat in WA, so this allows growers to maximise returns if their grain makes the grade,” said Dr Bennett.

Catapult is a great choice for WA growers who are looking for an earlier sowing option that doesn’t compromise on yield.

“Catapult has quite a unique maturity. It takes longer to reach flowering than Scepter and newly released Rockstar, and therefore can be sown earlier than both of these varieties.

“We believe growers are likely to be able to plant Catapult a week earlier than they would plant Scepter, offering more flexibility in the sowing programme.

“The yield performance is impressive too. When sown around ANZAC Day, Catapult has consistently out-yielded Magenta, Trojan, Cutlass and Yitpi, as well as other varieties used in this sowing window.” 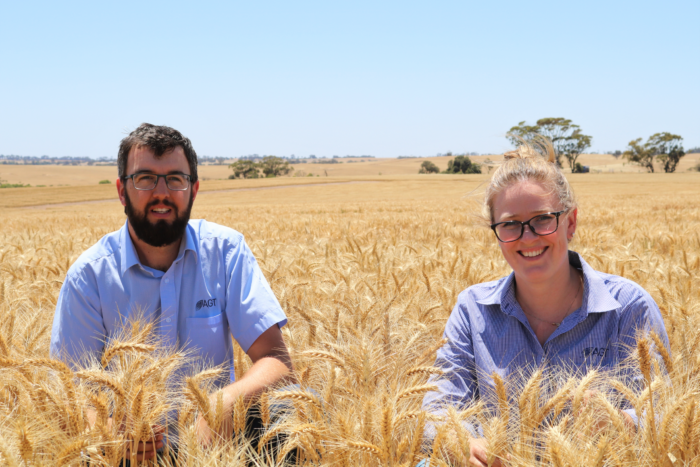 AGT’s Marketing Manager Alana Hartley says she is excited to introduce Catapult to WA growers, a variety which she believes will only build on the success of AGT’s other wheat varieties.

“We have a proven track record of developing wheat varieties that are highly suited to the WA wheat belt. Our variety Mace offered a significant yield step up when it was released, and quickly became the most widely grown variety in WA. We then built upon Mace and released Scepter, offering even more improvements in yield and profitability.

“Catapult also has Mace parentage, so shares the same characteristics of high yield and wide adaptation, but we have managed to lengthen its maturity to produce a variety that we regard as an excellent early sowing compliment to Scepter”.

Commercial quantities of Catapult will be available through AGT Affiliates or local retailers.