New AGT variety Razor CL Plus offers yields competitive with Mace and Scepter, along with tolerance to Intervix® herbicide. 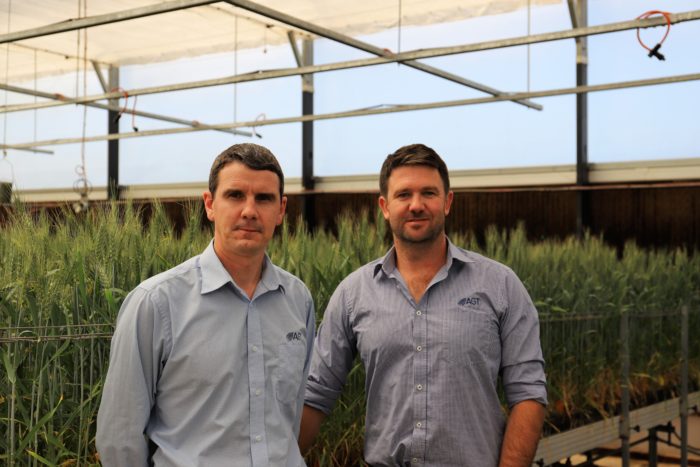 Australian Grain Technologies have set a new yield benchmark for Clearfield® wheat varieties with the release of Razor CL Plus.

The Clearfield® production system involving cereal varieties that are tolerant to Intervix® herbicide continues to play an integral part of in-crop weed management throughout SA and Victoria.  However, until now, there has been a significant yield gap between the best Clearfield® varieties (Kord CL Plus, Grenade CL Plus), and the best non-Clearfield® varieties (Mace, Scepter).

Razor CL Plus (tested as RAC2517) addresses this issue, offering yields competitive with Mace and Scepter, along with tolerance to Intervix® herbicide. Long term NVT yield predictions show that Razor CL Plus offers a 12-13% yield advantage over Grenade CL Plus and Kord CL Plus, 3% yield increase over its parent Mace, and a 7% yield advantage over another newly released Clearfield® variety Chief CL Plus.

“We believe that Razor CL Plus offers the best overall package of yield, adaptation and disease resistance out of all of the currently available Clearfield® varieties,” commented AGT wheat breeder, James Edwards. “Being bred from Mace, Razor CL Plus shows the same wide adaptation as its parent, but is slightly quicker maturing which can be an advantage in the lower rainfall environments where the Clearfield® system is particularly useful to help control brome and barley grass.”

Razor CL Plus has an ASW quality classification, and therefore growers will have to determine whether the yield advantage that Razor CL Plus offers over other Clearfields® generates additional income in their unique situation.

“Growers need to decide whether a high yielding ASW variety is more profitable than a lower yielding APW or AH variety. It will depend on the price split between the quality grades at time of sale, how often they produce grain that actually makes the higher grades, and the intent behind using a Clearfield® variety. Generally, Clearfield® varieties are used on poorer, problem paddocks where the grower may accept ASW quality if the trade-off is more yield and increased weed control options”.

Razor CL Plus seed will be available through AGT Affiliates for the 2018 planting season and subject to an End Point Royalty of $3.30 + GST per tonne.