Coota released as the APH yield benchmark in southern NSW

“It has the flexibility to perform well in high and low yield potential situations with a great mix of agronomic traits, physical grain characteristics and yield performance. 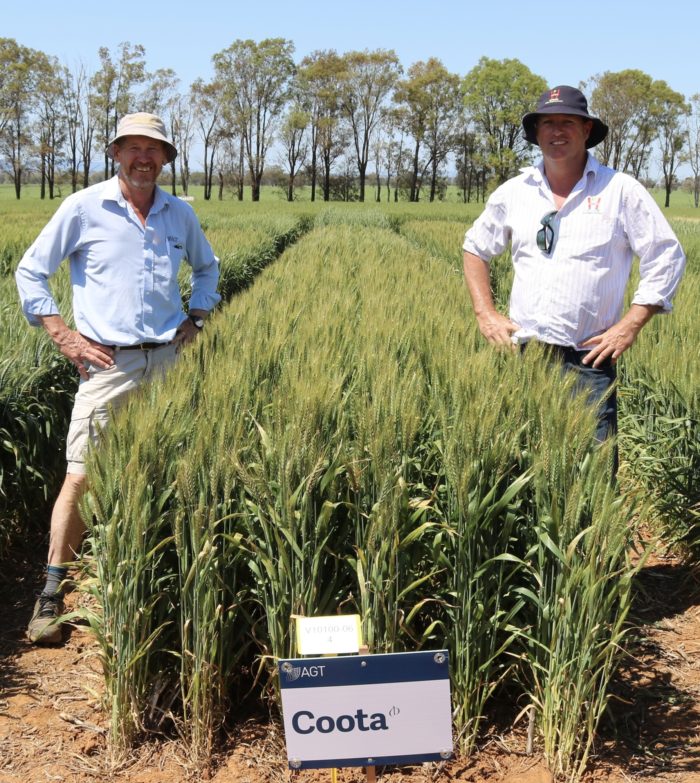 “In AGT time of sowing trials Coota has shown that it is adaptable and flexible over a number of sowing dates. It tends to hold its maturity when sown in late April but mature quicker when sown into May,” Mr Whiteley said.

“This flexibility can be beneficial when targeting an optimal flowering window to minimise the risk of frost impact early and heat and drought stress later in spring”.

“It offers growers an early sowing APH option to complement the main season portion of the programme that has been filled by benchmark AH varieties Beckom and Scepter”.

Coota can be ordered from AGT Affiliates now, for sowing in 2021.

Find out more about Coota here