Wheatgrowers in WA, SA, Victoria and southern NSW have for some time been wondering what the next step on from the wheat variety Mace will be.

Rumours have been building about a 'new Mace', code named RAC2182, and now the new variety tipped to replace Mace has been revealed as 'Scepter'.

AGT Senior Wheat Breeder Dr Haydn Kuchel said when Mace was released it was a major step up for the industry. Mace raised the bar significantly, so initially it was challenging to identify a successor, however, from early stages of trialling, Scepter 'stood head and shoulders' above anything else.

Dr Kuchel said three years of yield data across WA, SA and Victoria had shown Scepter was, on average, 7% higher yielding than Mace.

"Across these states, it has been tested head-to-head with Mace on 42 occasions and it has beaten it 41 times", Dr Kuchel said. 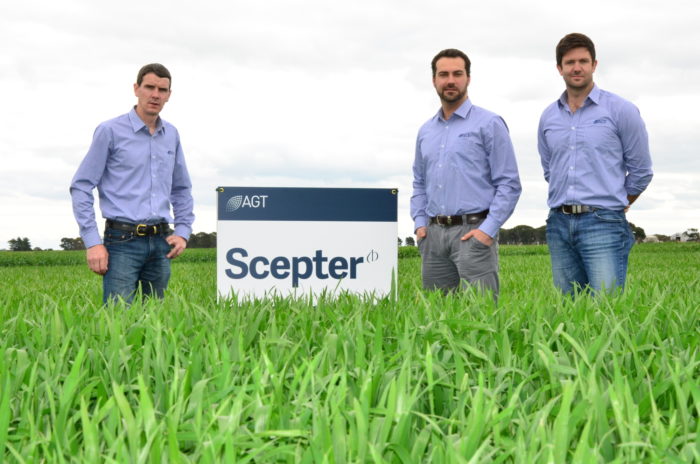 Scepter involved a cross between Mace and another higher yielding breeders line, however most of its features are very similar to Mace.

"It is a couple of days later flowering, but otherwise it is the spitting image of Mace, with similar height, yellow leaf spot resistance, low screenings losses, good test weight, and an AH quality classification", Dr Kuchel said.

AGT Marketing and Production Manager for SA/Vic, Dan Vater, said that Scepter had the same, wide adaptation and agronomic package as Mace and it maintained its good resistance to yellow leaf spot and CCN, which would be valuable in wheat-on-wheat rotations.

Mr Vater said Scepter's increased level of stripe rust resistance compared with Mace was another bonus, although crops would still need to be monitored and sprayed.

"It has some adult plant resistance, so it offers some level of protection later in the season, but growers will still need to monitor and look at preventative treatments in early growth stages", Mr Vater said. 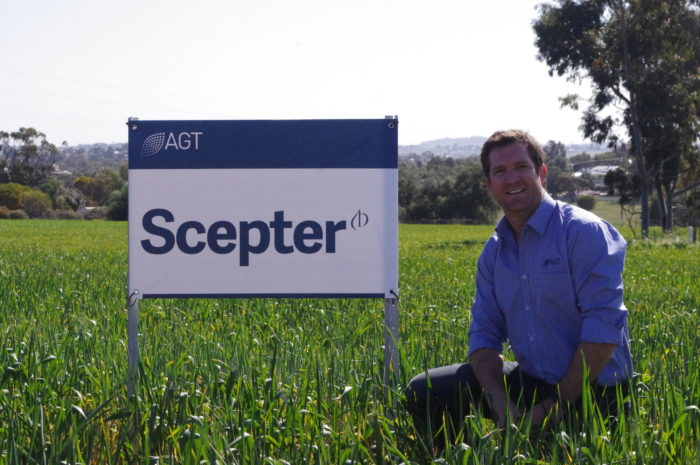 Over in the west, AGT Marketing and Production Manger for WA, Josh Johnson, said that several growers across WA were demonstrating Scepter this season, which, like Mace, was widely adapted to the states wheat belt.

"Similar to Mace, one of its major benefits is its yield stability in both good and more difficult seasons", Mr Johnson said.

Mr Johnson said WA growers were already placing orders for Scepter for the 2016 season with AGT Affiliates and seed resellers.