Developed by AGTs Wagga breeding centre in south east NSW,  Coolah will have a fit for many growers looking for improvements over EGA Gregory in yield potential, disease and lodging resistance along with a reduction in plant height.

Derived from EGA Gregory, Coolah also exhibits traits that have made EGA Gregory a popular choice in the past. AGT wheat breeder Russell Eastwood states: “Our time of sowing trial data collected at the AGT Kabinga Research Centre across multiple years shows that Coolah has paralleled EGA Gregory for maturity, and will slot into the same planting window from the end of April through to the middle of May". 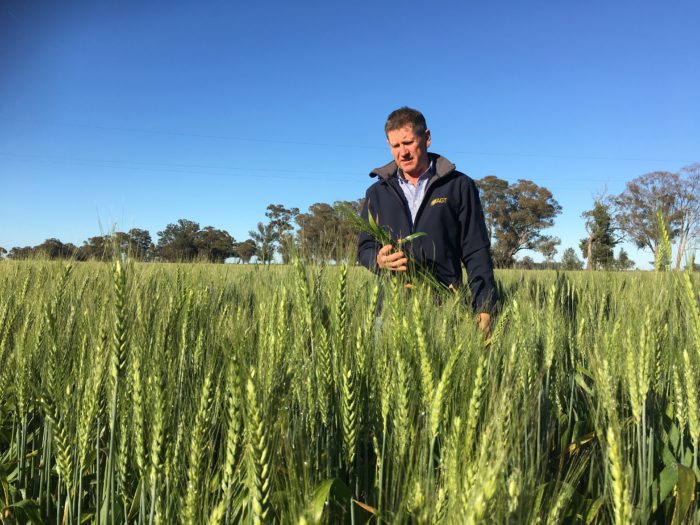 Coolah displays a slightly shorter plant height compared to EGA Gregory and improved straw strength over its parent. James Whiteley, AGT’s Marketing and Production Manager expects these traits to be very welcome in any new EGA Gregory replacement. “The improved lodging resistance and shorter plant height offered by Coolah over EGA Gregory should mean that we see an increase in harvest speeds and a reduction in grain losses associated with a lodged crop”.

As well as sharing some disease resistance characteristics like leaf rust, black point and Root Lesion Nematode tolerance (P. thornei), Coolah also shows improvements in other disease ratings. Both stripe and stem rust resistance ratings are higher than EGA Gregory as well as yellow leaf spot and Root Lesion Nematode resistance (P. thornei). John Anderson, a senior agronomist with Landmark based at Wagga and Marrar in southern NSW has noticed the excellent stripe rust resistance of Coolah in a high pressure year so far. “We have Coolah in a paddock scale trial west of Wagga and have seen no rust present at all. It showed good early vigour and has been looking green and healthy from the onset. It looks like it should yield very well come harvest”.

Coolah has shown a marked improvement on yield in independent National Variety Trials (NVT) when compared to EGA Gregory ranging from 6-10% yield increase across multiple regions.

Commercial quantities of Coolah seed will be available for the 2017 season through AGT Affiliates and local retailers.