Southern Australian growers who are keen to take advantage of earlier crop sowing opportunities, and want help in avoiding frost damage, will welcome the release of new wheat variety Cutlass.

Cutlass, which has Spear wheat family heritage, is an ideal alternative to the long favoured Yitpi, and will complement Mace and the new, higher yielding variety Scepter, in cropping programs.

AGT Senior Wheat Breeder Dr Haydn Kuchel said Cutlass' key attribute for growers was that it would allow them to commence cropping programs earlier in April, with a lower risk of frost damage later in the season compared with main season varieties.

'It is one of only a few varieties that can be sown around mid April yet still maintain a later flowering date relative to most other common varieties. Growers will be able to plant early with Cutlass and then follow with their main season wheat', Dr Kuchel said.

'It has strong photoperiod sensitivity, which means it relies on long days for heading. This is what stops it from racing to head when planted early and increasing the risk of frost damage'.

Tested as RAC2069, Cutlass has produced on average 11% higher yields than Yitpi in SA/Vic and 13% higher in WA over the past three years. It is has APW quality classification, however, the yield gains will offer greater returns to growers than Yitpi with an AH classification.

AGT Marketing Manager SA/Vic, Dan Vater, said the mid to late maturing Cutlass would add flexibility to sowing programs and should prove to be a valuable frost risk management tool for growers, particularly through Mallee areas.

'As well as in other longer season areas, Cutlass will well compliment Mace and Scepter, and will be a good option for Anzac Day sowing. Once the Cutlass has been planted, growers can follow it with their early to mid maturing varieties', Mr Vater said. 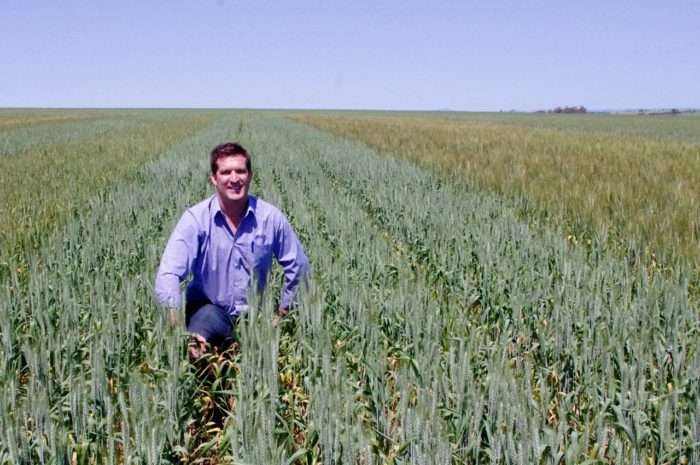 Over in the west, AGT Marketing Manager WA, Josh Johnson said that another benefit that Cutlass has over Yitpi is improved yellow spot resistance, a major disease faced by WA wheat growers.

'Cutlass will provide more protection than Yitpi against yellow spot, but growers will still need to monitor crops, as its resistance is not as good as Mace and Scepter', Mr Johnson said.

The variety also has a sound rust resistance package, as well as good CCN resistance, and boron tolerance.