With an ASW quality classification in the Northern and South Eastern Zones, Sunlamb should suit dual purpose grazing and grain production systems in areas of central and southern NSW, Victoria and SA where dual purpose wheats are currently grown. Due to its unique phenology, it is less likely to suit warmer districts such as north west NSW or Queensland. 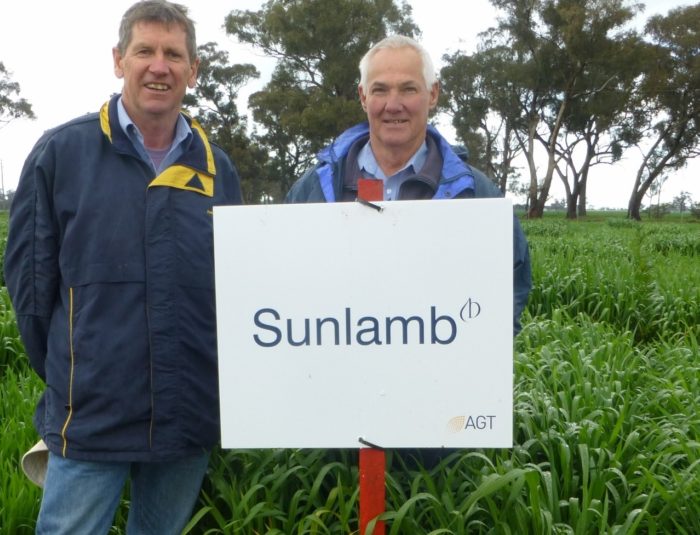 Russell Eastwood and Jim Lamb at the launch of Sunlamb at the AGT field day held at Kabinga Research Farm near Wagga Wagga, 27th August 2015.

Across both ungrazed early sown trials and grazing/grain recovery trials, Sunlamb has demonstrated grain yields similar or better than Wedgetail, Naparoo and Marombi. Across NVT and AGT early sown, grain only trials in NSW, Sunlamb has yielded almost identically to Wedgetail and around seven percent higher than Naparoo.

In Victorian grain only, early sown NVT trials, Sunlamb has yielded far better than both Naparoo (plus 20 percent) and Wedgetail (plus 10 percent). 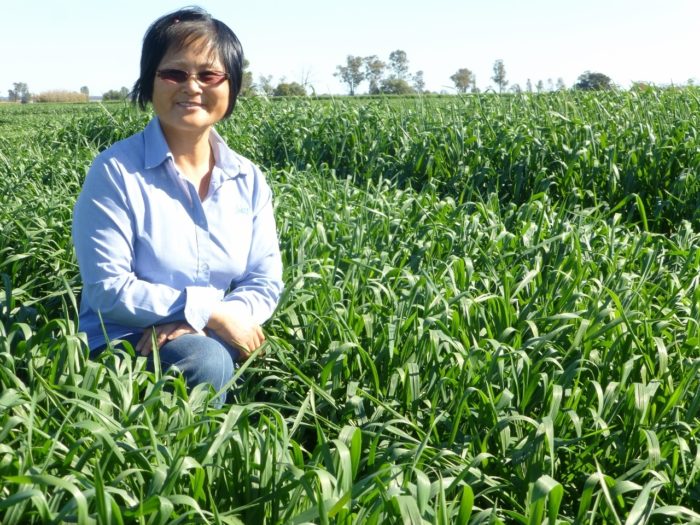 Sunlamb is a long season spring wheat. This is in contrast to other dual purpose varieties Wedgetail, Naparoo and Marombi which are winter wheats. Sunlamb's slow maturity is controlled by other mechanisms including photoperiod (day length) and cold responsiveness. When sown in its optimum planting window (early to mid April), Sunlamb has generally flowered at much the same time as Wedgetail, and a few days earlier than Naparoo.

When grazing any wheat variety, care needs to be taken to ensure that stock are withdrawn from the crop before GS31 (first node) so that the developing heads are not damaged.