“The yield performance of Yeti over all other barley varieties in the northern region is impossible to ignore,” says AGT barley breeder Stewart Coventry.

Yeti has set a new yield benchmark for the northern region, out-yielding RGT Planet by almost 5%, Compass by 8% and Spartacus CL by more than 13%.

Over four years of AGT yield evaluation and two years of National Variety Trials testing, Yeti (tested as AGTB0043) performed well in all major cropping regions but its performance and yield stability was most impressive across the northern region. 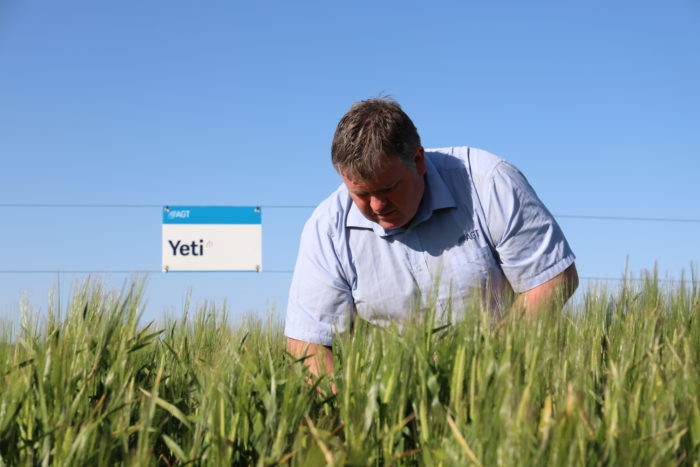 The variety was selected from advanced germplasm sourced by AGT from the University of Adelaide and is closely related to Compass.

“However, it has a shorter plant height for improved standability – which is essential for growers to be able to make the most of the variety.

“Ultimately, that greater yield and reliability will translate into higher profits for growers who plant Yeti.”

“Our barley breeding program is maturing and we are very excited to be releasing our new varieties – especially a variety with Yeti’s potential to help growers substantially increase their harvests,” Mr Coventry says. 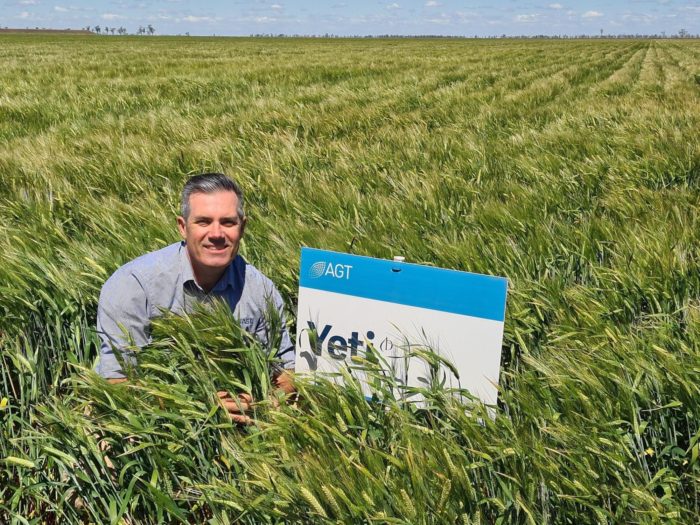 AGT Marketing Manager for Northern NSW/Queensland Douglas Lush agrees Yeti will provide an outstanding option for our farmers in the northern region.

“For a variety to deliver high yields and good grain size in favourable years and then maintain that advantage through tough seasons is an outstanding feature,” he says.

“The fact that Yeti can do it with at least a 5% yield advantage over other currently grown varieties is exceptional.

“Having a high yielding crop that stands well, improves harvest efficiencies and reduces harvest losses will make a huge difference to growers’ productivity.”

Yeti has entered the Barley Australia malt accreditation program and is currently deliverable as feed.

Yeti is available through AGT Affiliates and local retailers for 2022 sowing.