New Beast barley proves its worth in WA

Western Australian producer Kim Hasson has grown 50 hectares of Beast for seed on his ‘Westana’ property at Ballidu, 170 kilometres north east of Perth.

The country is mostly sand over gravel and receives about 300 millimetres of rainfall per year.

“Beast was dry sown in mid-May and we received a little germinating rain shortly after,” he said.

“The new barley did very well, even though July was dry. August was much more kind and we eventually received 180mm over winter.

“September was dry again, however it stayed cool without any frost problems, so the conditions were reasonably kind for ripening.”

The crop was harvested at the end of October and yielded 4.88 tonnes per hectare.

“We were very happy with that,” Kim said. 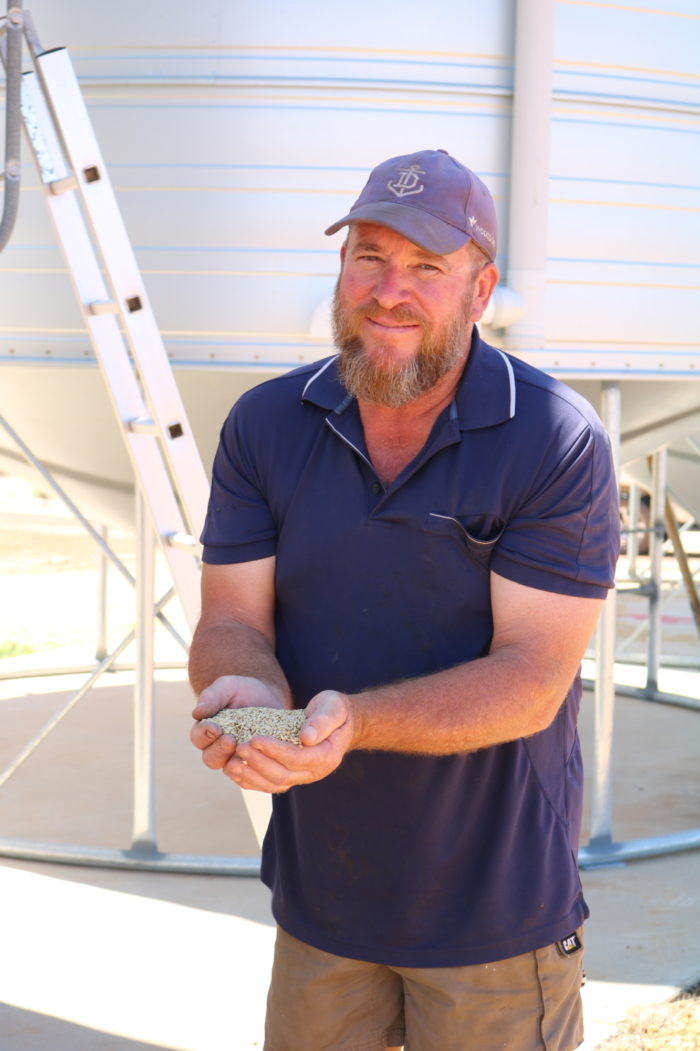 Impressed by its performance, Beast production grower Kim Hasson has stored 50t ready for next season.

According to AGT Barley Breeder Paul Telfer, Beast has been bred as a high yielding option for growers in low to medium rainfall conditions like Ballidu experienced this year. It is a quick maturing variety, a little quicker than Spartacus CL, making it suitable for regions that experience late-spring heat and moisture stress.

“It is the first variety to come out of our barley breeding program, which started in 2014,” he said.

“We test our advanced lines right around Australia to make sure we have varieties that meet producers’ needs.

“This allows us to expose Beast to diverse soil, rainfall and seasonal conditions from Western Australia to southern Queensland.”

Beast has been released as a feed grade variety but has been accepted into the Barley Australia Malt Accreditation Program.

“We are hoping to receive malt accreditation for the 2023 growing season,” Mr Telfer said.

Meanwhile, Kim Hasson has retained 50 tonnes of seed to plant next season.

“I was rapt with the entire agronomic package,” he said.

“We have made Beast our preferred barley variety moving forward.”

Beast can be ordered through AGT Affiliates.

Find out more about Beast here