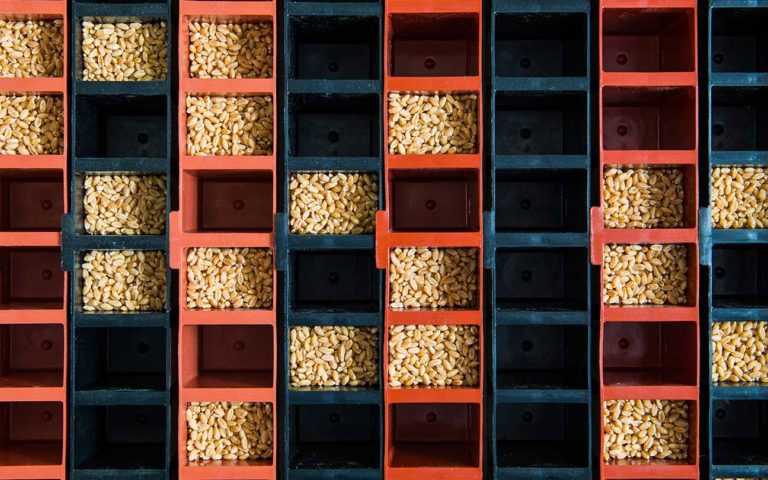 Catapult (RAC2484) may be viewed as a 'longer season' Scepter, with a mid-slow maturity allowing growers to achieve Scepter-like yields when sown in late April. Catapult offers a unique mix of features to growers, combining this maturity type with yellow leaf spot resistance, CCN resistance and AH quality (in WA/SA/Vic/sNSW).

Coolah (V07176-69) is a higher yielding and more disease resistant alternative to its parent, EGA Gregory. It is well adapted to environments across NSW and QLD, where it has performed well across a range of soil types. Coolah produces large and consistent grain size, resulting in low screenings loss and high test weight.

Cutlass (RAC2069) is a mid to late maturing, photoperiod sensitive wheat, which may be used as a management tool for frost avoidance (like Yitpi and Estoc). Cutlass is suitable as an earlier sowing compliment to Mace; or an alternative to Yitpi, Estoc, Trojan and Magenta.

Tested as RAC2341, Longsword is a very unique wheat variety, being a fast maturing winter wheat. A vernalisation or 'cold' requirement means it has a wide sowing window, but like its parent Mace, progresses through grain fill quite quickly relative to other varieties. Longsword is deliverable as FEED only in all regions.

Mace has been the leading wheat variety in both WA and SA in recent seasons. Mace has broad adaptation, consistently high relative yield under a wide range of conditions, and is less susceptible to downgrading at receival due to black point, pre-harvest sprouting or screenings losses than many other varieties.

Tested as QT14381, Mitch is a high yielding variety best suited to late April-early May planting in northern NSW/Qld. Mitch may also have an application in this planting window where yellow leaf spot and crown rot are limitations to crop production.

Derived from leading variety Mace, Scepter (RAC2182) shares a similar adaptation profile to Mace, but offers increased yield and improved stripe rust resistance (in SA, Vic and NSW). Scepter may also be suitable for wheat on wheat situations due to YLS and CCN resistance.

Tested as SUN843E, Sunchaser may be viewed as a 'safer Suntop', offering a much lower risk of screenings, whilst retaining its very wide adaptation, yield and agronomic suitability for QLD and NSW.

Sunmate is closely related to the successful variety Suntop, but is around 4 days earlier maturing, similar to Spitfire. Like Suntop, Sunmate produces very high yields but is best suited to planting from mid-June onwards.

With an APH classification and slow maturity, Sunmax (SUN714B) is one of the best planting options for the Northern Zone when there is an early break in the season. Sunmax is a long season spring wheat, slower in maturity than Sunbri and Sunzell but slightly quicker than Sunbrook.

Sunprime (tested as SUN803U) is a relatively fast maturing APH wheat that gives NSW and Queensland growers the opportunity to plant later in the main season sowing window. Sunprime may be viewed as a higher yielding alternative to popular variety Spitfire.

Suntime (SUN663A) is an APH quality wheat suited to late April plantings in northern NSW and Queensland, with good resistance and tolerance to root lesion nematodes and resistance to rust.